Energy consumption is the first significant difference between eccentric and concentric movements.

Energy metabolism is the only source of energy in the human body. Any muscle activity reduces the energy reserves of the body, but the eccentric phase of movement consumes less adenosine triphosphate (ATP) than the concentric phase, i.e. requires less energy and less oxygen consumption. In this case, the work of muscles is performed with a very high coefficient of efficiency, and the magnitude of the developed force is unusually high. As a result, the muscles react to eccentric training with significant changes in strength, size and power development.

One of the most important features is the eccentric phase movement, which allows you to accumulate in the muscles the elastic energy coming from outside.

The stretching components of the muscle-tendon unit accumulate elastic strain energy, which can later be restored, in particular in the form of concentric explosive movements.

REFORCE sport robots allow not only to save internal energy, but also to replenish the energy resources of the body due to external mechanical influence in the eccentric phase.

You will be struck by an unusual feeling of an etheric ascent and less fatigue after eccentric training with REFORCE in comparison with traditional concentric training. 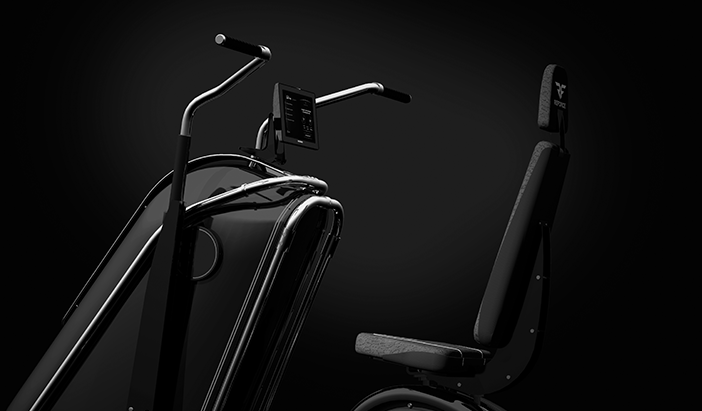 Eccentric training actively affects not only muscle growth, but also the tendon complex.

They help strengthen the tendon tissue, make them more elastic, i.e. prevent possible injuries, and accelerate post-traumatic recovery. ReForce trainers give you the opportunity to safely engage, even in extreme training plans, and also be effectively restored after injuries resulting from competitions or traditional training.

Eccentric training is one of the best methods for increasing flexibility. This is much more effective than static stretching.

Eccentric contractions cause the growth of muscle fibers, there is an increase in the number of sarcomeres in the series, which means that the muscle becomes longer and you become more flexible.

You are Stronger eccentrically

Eccentric abbreviations create much greater strength during exercise due to the reduced rate of disengagement of actin-myosin bridges.
It means that a person is able to work with much greater weight during negative repetitions than during the execution of the concentric phase of the exercise.

REFORCE robots allow you to effectively use the eccentric phase of motion to become leaner and stronger.

In recent decades, professional athletes have been using a special type of explosive power training called plyometrics. Plyometric exercises use explosive, rapid movements for the development of muscle strength and speed. These exercises are based on the generation of additional energy during the eccentric phase of jumps in depth. They help muscles develop the greatest effort in the shortest possible time, but they have a big drawback - huge loads on the joints and spine. Only professional athletes with a high degree of preparedness can use these techniques.

Special training methods with REFORCE robots fully allow a person with any level of physical fitness to use the fundamental advantages of plyometrics without any harm to health.